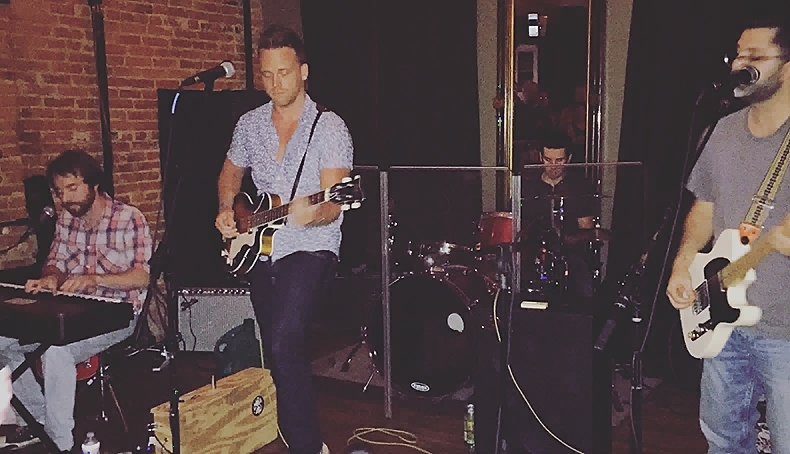 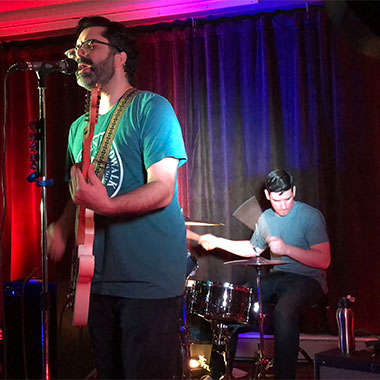 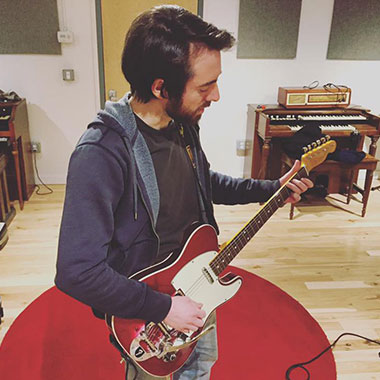 
Sometimes a really well produced and written album is what the doctor called for. That being said [Everything and Nothing in Between] is quite seamless and bursting with sonic possibilities backed by palatable hooks and great performances.

The band starts with “Natural Born Chillers” which is an indie rock gem. This song reminds me of when indie rock was in its prime, which for me I declare is between 1995 - 2010. You can hear elements of bands like Fountains of Wayne, The Shins and even some ’50s pop and surf rock. As the album progresses there is a litany of fully engaging songs. “Renegade” quickly runs with the energy of the opener which then goes into the sweet indie rock song “Not a Care in the World” that again merges with a bit of ’50s pop...

The band delivered an exceptional album with their sophomore effort. Highly recommended.

The hooky, harmony-threaded songs of The World At Large are both pleasantly retro and quite refreshing. Hailing from south Jersey, the group blends Beatle-esque melodies with arrangements that heavily feature their intertwining vocals. There's a strong sense of familiarity about their music, a feeling which can be cemented by taking advantage of the free downloads on their website.

The World At Large is a South Jersey bred quartet that dress vintage pop vibes in a modern wardrobe. The band has played together since 2009 and are currently readying their first full length album after releasing three EPs. Known for their infectious hooks and harmonies and glowing instrumentation, The World At Large has an accessible sound that's ready for, well, the world at large.

Big Bad World is a recent single from their forthcoming LP and has to be one of the catchiest apathetic protest songs done in recent memory. Subtly lying under the hand claps, wooo-ohhhs, and upbeat rhythm, is a message about avoiding the status quo and being comfortable underground.

Grand Plans for Strange Things is a girthy full-length at 13 tracks but it never feels like a chore to get through the songs due in part to the poppy, often light-hearted songs they create. The band isn't particularly flashy or innovative but they have a great sound that they have nailed down that is conducive to delightful pop songs that get stuck in your head.

It's quite apparent that the band cares more about the songs then their individual parts. They work together to create songs that never feel like they are trying too hard. The songs breathe and have a loose feel to them, which makes them perfect to spin at almost any occasion.

The album opens with "Broke Down in Batsto," which is an accurate introduction to the band. It's an energy-filled rock song with distorted guitars, crashing drums, bass and background vocals (you will find a lot of background vocals throughout the album which they seem to use as a staple). I enjoyed the first song but the second track "Big Bad World" is a single-worthy memorable track that you will be singing along to by the time you hear the chorus. "Walking On Fire" contained a memorable bass line while "Sand Castles" revolves around infectious vocal harmonies, intricate clean guitar and some of the best drumming on the album. The album closes with "Written In Stone," which displays the most impressive songwriting and solidifies the sound the band demonstrates on the album.

To contact the band directly, please reach out to weareworldatlarge (at) gmail dot com